In early 2016, we were introduced to Jane Minarovic. She had a vision of a film festival in The Woodlands, Texas. She knew 30 Degrees North was based in The Woodlands and after seeing our work asked if we would be interested in becoming a sponsor and helping get the film festival off the ground.

After talking with Jane, we knew her vision was a film festival that was not about all the bad in the world, but the good. Being a light. That was the inspiration behind the brand we developed.

We quickly started producing the materials needed to help Jane sell the film festival. Being a full service marketing agency, we were able to quickly take simple work documents and transform them into a folder and inserts that complemented the Inspire brand, as well as provide business cards and letterhead that shared the look and feel. 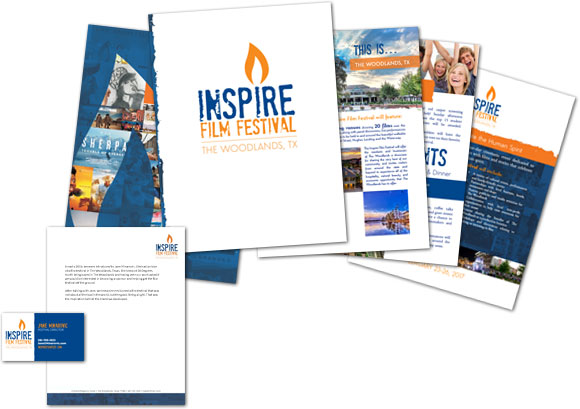 Once the project was approved, it was time to develop a website. Using the amazing footage and information from all the inspirational films that would be shown, 30 Degrees North developed the website, inspirefilmfest.com. The website included the vision for the festival, locations, sponsor information and ticket purchase.

Our creative department also created movie posters and postcards promoting the festival. 30 Degrees North was proud to be a part of this inspiring festival! We hope to be a part of it for many years to come. 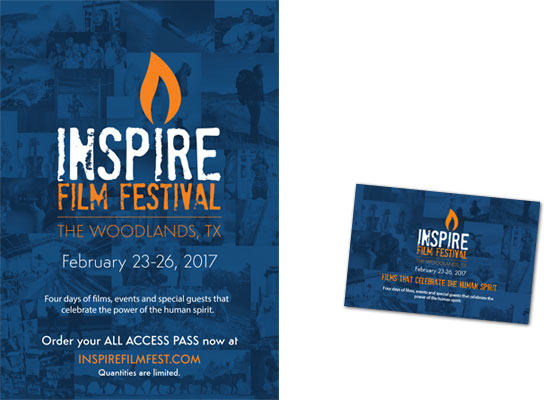